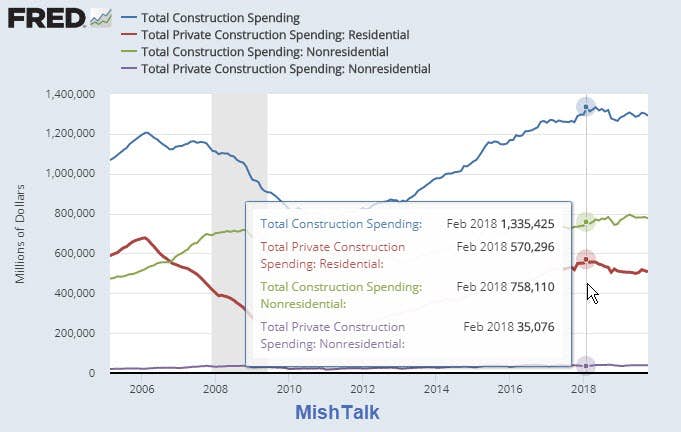 The report was much weaker than expected. That’s on top of huge negative revisions for Sept.

Economists at Econoday expected construction spending to rise 0.4% in October. Instead, spending fell by 0.8%.

Worse yet, the Census Department revised September spending from 0.5% to -0.3%.

All told that is a gigantic economic estimate miss of a full 2.0 percentage points.

If this was a single report, I would suspect an outlier. But the key chart lines point to early 2018. 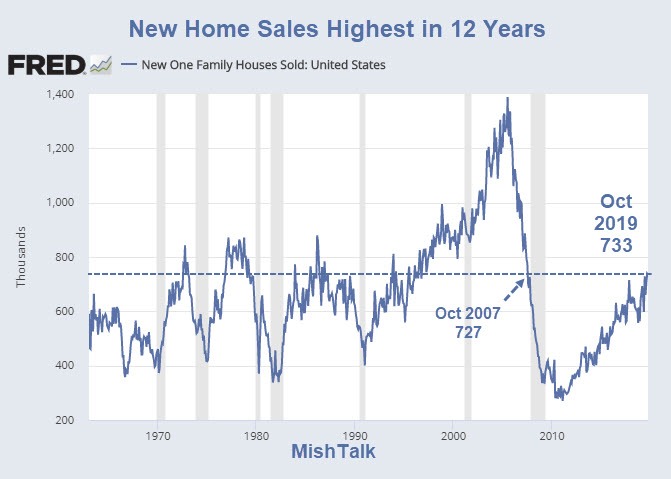 Six days ago I reported was the highest in 12 years.

A: Actually, it does.

Median Sales Price of Houses Sold for the United States 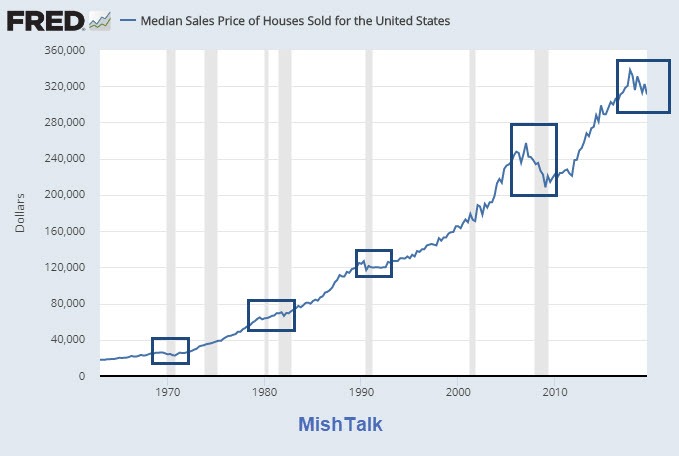 Median Sales Price Of Houses Sold For The United States

The median home sales price peaked in the fourth quarter of 2017.

Builders are building cheaper homes because no one can afford anything else.