Of bazookas, bats and Brexit By Reuters 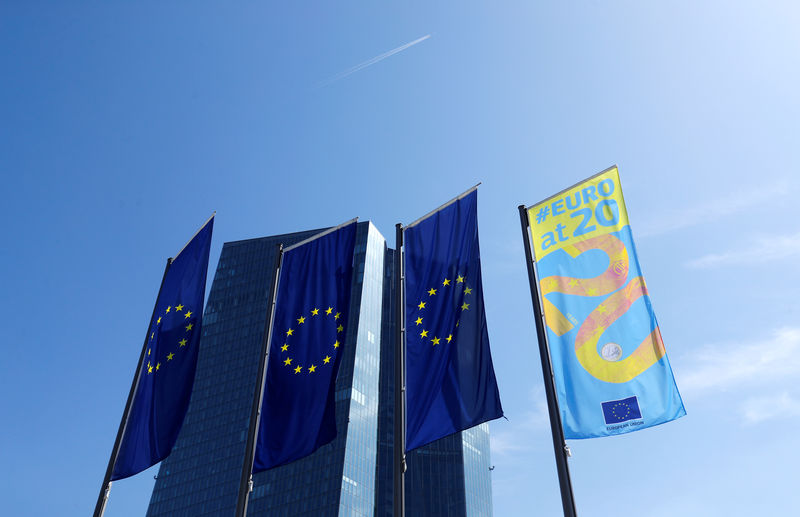 Bond markets have become accustomed to getting their own way. So on Thursday when the ECB holds one of its most anticipated meetings ever, they will be watching for Mario Draghi, in one of his final acts as ECB chief, to unleash more stimulus to boost the bloc’s stubbornly weak economy and inflation.

On the table are interest rate cuts, a resumption of asset purchases, a pledge to keep rates low for longer and compensation for banks suffering from negative rates. Money markets are positioned for sizeable rate cuts between now and end-2020.

The risk is the package falls short – if markets see it as a damp squib rather than the necessary bazooka. Already yields have jumped off record lows after some ECB officials dampened expectations of an aggressive easing package and played down the need to resume bond-buying.

But others argue that if the bank is serious about boosting inflation, below target since 2013, it needs to deliver more not less. Failure to do so could trigger a huge bond tantrum, one that makes the recent selloff look like a blip.

Some good news for investors starved of a high-growth European internet stock — on Wednesday South African e-commerce giant Naspers will float its newly created subsidiary, Prosus, in Amsterdam, an entity valued at over 100 billion euros.

Currently, no European-listed company is able compete with the meteoric earnings growth of the U.S. and Asian tech giants grouped under the FAANG and BAT acronyms. But Prosus’ main asset is a 30% stake in Tencent, one of China’s biggest social media and gaming groups. Tencent is also the T in the BATs cohort (the other two are Baidu (NASDAQ:) and Alibaba (NYSE:)). So Prosus could in theory emerge as a Europe-based proxy for Tencent.

But could it also be the P in a yet-to-be-created acronym for a European tech grouping? Prosus will be tiny compared with the FAANGs, which are worth a collective $2.8 trillion. But it would still be Europe’s second-largest tech firm after Germany’s SAP. Its listing will offer a boost to the pan-European tech stocks index, which is currently worth about 430 billion euros ($475 billion).

It’s been a dreadful few days for British Prime Minister Boris Johnson. He has vowed to die in a ditch rather than delay Brexit but now a three-month postponement looks increasingly likely. His attempt to get Brexit done by Oct. 31 by suspending – or proroguing – parliament for a period has effectively been foiled by furious lawmakers and his brother Jo has quit the government over its approach towards policy.

Then there’s the economy teetering on the edge of recession. The Bank of England sees a one-in-three chance the economy will be shrinking in year-on-year terms by early-2020. All other indicators, from car sales to business investment, have slumped to multi-year lows. So alongside Brexit developments, markets will be eyeing upcoming data — Q2 growth data are published on Monday, along with figures on industrial output, construction and trade. Tuesday brings employment figures. Any sign of a floor under sterling and the economy will be welcome news for Johnson.

China has just slashed banks’ reserve ratios, meaning lenders will need to keep less cash in hand. That frees up around 900 billion yuan to shore up the economy. The move was anticipated and now the question is: do authorities think more policy easing is needed and when could more measures be deployed?

The upcoming data dump from Beijing could provide a clue. It will show how the trade war is hitting the world’s No. 2 economy and market expectations are not pretty. Export growth is seen slowing, imports falling and factory-gate prices dropping for a second month running as manufacturers cut prices – and their own margins – to offset tariffs increases and faltering domestic demand. We also get an update on credit which could recover after last month’s contraction in new loans and social financing.

A truly dire set of data could see the central bank open the monetary policy sluice gates, possibly even before the U.S. Fed gets in another rate cut.

Bulls see Beijing unleashing a ride-to-the-rescue infrastructure boom. Bears only see battle lines hardening and an already-here slowdown that shudders through the global economy for years.

Sept. 1 saw U.S. tariff increases kick in on $112 billion worth of Chinese goods imports, bringing the tax up to 15%. Beijing has slapped on retaliatory levies, taking the trade war up another notch. News the two sides are to resume talks in October has soothed some fears but the tariffs will raise the prices Americans pay for some clothes, shoes, mobile phones and other consumer goods — just before the holiday shopping season. Given consumer spending is the U.S. economy’s main driver, that’s a worry.

In the face of slowing exports and investment, shoppers remain a bright spot. U.S. consumer retail sales increased 0.7% in July, surpassing the 0.3% pickup analysts had forecast. So the August figures – due Friday — will be of interest. Forecasts are for a 0.4% increase. But year-over-year growth is predicted at 3.2%, slowing from 3.4% in July.

Ominously, U.S. retailers have been warning investors not to expect too much when they post results in upcoming quarters. To date, 33 companies have issued profit warnings for the third 2019 quarter, while only 15 have delivered positive messages.

Accordingly, analysts polled by Refinitiv have steadily lowered earnings estimates. For the S&P 500, Q3 profits are forecast to decline by 2%; before President Donald Trump’s tariff escalation in early-August, a 0.6% drop had been expected.