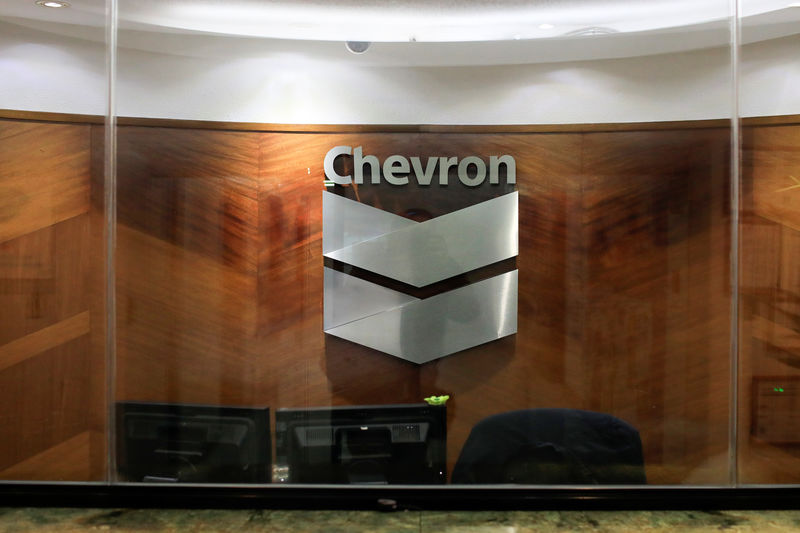 © Reuters. The logo of Chevron is seen at the company’s office in Caracas

WASHINGTON (Reuters) – The U.S. Treasury Department on Monday renewed a license allowing Chevron (NYSE:), the last U.S. operating energy company in Venezuela, to continue drilling in the country for another three months through Jan. 22.

Some Trump administration officials opposed a renewal of the license, believing oil production helps keep socialist President Nicolas Maduro in power by allowing him to pay down debts.

Others in the administration see keeping a U.S. company in Venezuela as an asset after any ouster of Maduro. Chevron has been in Venezuela for nearly 100 years and has about 8,000 employees, contractors and direct suppliers involved in its ventures there.

In January, the United States imposed sanctions on Venezuela’s state-run oil company PDVSA in an effort to oust Maduro. But it issued Chevron a six-month license to operate, which has now been renewed for two three-month periods.

The Treasury Department said the license does not authorize transactions related to shipments of diluents, which Venezuela needs to thin its heavy oil for processing.